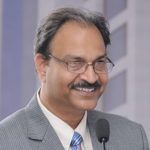 Dr. Anand Srivastava’s success has its root in his unique background of expertise in Stem cell biology, protein biochemistry, molecular biology, immunology, in utero transplantation of stem cell, tissue targeting, gene therapy and clinical research. There are many scientists who can work in a narrowly defined field but few have broad and multidisciplinary experience to carry out clinical research in a field as challenging as Stem cell biology, cancer and gene therapy field. Dr. Anand Srivastava’s wide-spectrum expertise is rare in clinical research and perfectly crafted to fit ideally with the GIOSTAR projects for Stem cell transplant, cancer and gene therapy research.

Dr. Anand Srivastava’s research work has been presented in various national and international scientific meetings and conferences in India, Japan, Germany and USA. His research articles have been published in peer reviewed medical scientific journals and his work has been cited extensively by other scientists. Dr. Anand Srivastava’s expertise and scientific achievements were recognized by many scientific fellowships and by two consecutive award of highly prestigious and internationally recognized, JISTEC award from Science and Technology Agency, Government of Japan. Also, his research presentation was awarded with the excellent presentation award in the “Meeting of Clinical Chemistry and Medicine, Kyoto, Japan. He has also expertise in genetic engineering research, developmental biology, immunology, making the transgenic animals and his extraordinary expertise of searching and characterizing the new genes are ideal for our ongoing projects of developing the effective treatments for many degenerative diseases, genetic diseases and cancer. Based on his extraordinary scientific achievements his biography has been included in “WHO IS WHO IN AMERICA” data bank two times, first in 2005 and second in 2010. He has been bestowed upon USA Congressional Recognition for his contribution in the field of Stem Cell Science. 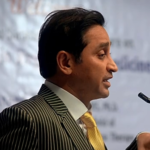 Mr. Deven Patel, is the CEO, President and Cofounder of Global Institute of Stem Cell Therapy and Research (GIOSTAR) headquartered in San Diego, California, U.S.A. GIOSTAR was formed with the vision to provide affordable stem cell-based therapies to the masses around the world suffering from degenerative or genetic diseases and unable to afford today’s high cost of the treatment.

GIOSTAR under the leadership of Mr. Patel is in charge of developing stem cell transplant program for four different State Governments in India with total population of approx. 155 million. GIOSTAR is pleased to announce that, in collaborations with Government of Gujarat, India, world’s largest state of the art Stem Cell Treatment Hospital is taking shape in Surat Civil Hospital Campus. The four State Governments in India with help of GIOSTAR’s stem cell science are preparing to treat the large, poor populations in India suffering from sickle cell anemia and thalassemia. GIOSTAR is in negotiations with China’s public and private sector to start stem cell transplant program at ten different locations. GIOSTAR is involved in helping few world Governments to develop stem cell program policies in their respective countries.

Mr. Siddharth Bhavsar has over 10 years of experience working on key projects in a broad spectrum of industries including Healthcare, Life Sciences, High-tech, Software & Internet, with a wide range of companies including Fortune 500 companies (Philips Healthcare,General Electric,Microsoft, Hitachi), government (National Institute of Health), Start-Ups and Non-Profits.

His projects covered corporate finance, developing business plans, raising venture capital, performing investment analysis, strategy development, business process improvement, operations, marketing, M&A, partnership development and post-merger integration. His international projects footprint spans USA, India, Netherlands, China, Japan and New Zealand. He also has experience of working in Private Equity, launching international operations for companies and turning around failing organizations. He has consistently been a recipient of a number of awards for excellence in his academic & professional pursuits including a National Merit Scholarship, Academic Achievement award, Philips Ovation Award, Philips Healthcare transPHorm award among others. He also holds a patent in Cardiology Information Systems. He has an M.S in Computer Science from USC and an MBA from UCLA Anderson School of Management where he has held a number of Director level positions and was most recently an officer for Technology Incubation on the Board of Entrepreneurs’ Association.

Dr. Prabhat Soni, MD, New York’s most accomplished Stem Cell specialist, is a unique physician who holds as many as eight American Board Certifications distinct medical specialties. With this level of Board Certifications, Dr. Soni provides a comprehensive level of care to his patients from a multi-dimensional perspective including cutting edge Stem Cell therapy.

Dr. Prabhat Soni, MD, New York’s most accomplished Stem Cell specialist, is a unique physician who holds as many as eight American Board Certifications distinct medical specialties. With this level of Board Certifications, Dr. Soni provides a comprehensive level of care to his patients from a multi-dimensional perspective including cutting edge Stem Cell therapy.

He began his medical career in Bikaner, India, where he graduated from Sardar Patel Medical College. In the USA, Dr. Soni pursued extensive medical training, completing his residency at Kingsbrook Medical Center and hospital fellowships at Cabrini Medical Center and Maimonides Hospital (NYC). He has published a number of medical articles in well-recognized journals.

As a Board-certified clinician, he applies Stem Cell procedures using FDA-compliant, IRB-approved IND research protocols. He conducted Stem Cell therapy alongside some of the world’s leading Stem Cell experts. He has developed, in the course of his distinguished career, innovative and efficacious clinical stem cell therapeutic procedures.

Additionally, as a specialist in Obesity Medicine, Dr. Soni recognizes the seriousness of the growing worldwide obesity epidemic – which he has publicly labeled the coming “MEDICAL TSUNAMI.” Related to obesity is his intensive work in Sleep Medicine, addressing the challenge of Sleep Apnea as a silent killer and an especially dangerous underlying condition for people who drive vehicles often at night. For his work in Sleep Medicine, Dr. Soni was awarded the distinction of being named America’s Top Sleep Medicine Physician by the leading publication in the field for three years in a row.

Dr. Soni has received many public recognition’s including the following:

Sandeep Seth is an Attorney and an Aerospace Engineer who has been counseling clients in legal matters since 1992. Mr. Seth’s practice emphasizes intellectual property, in particular patent litigation and licensing. Mr. Seth is licensed to practice in Texas and California and is also registered to practice before the United States Patent and Trademark office. 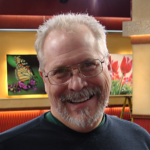 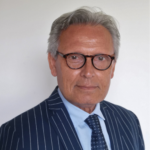 Henk has 30+ years global pioneering and next-level development experience as both executive and non-executive board member for privately (PE/VC/Family) and publicly held startups and larger multinationals, including JV’s, M&A and Capital/Fundraising in, among others, Tech/Innovation and Regenerative Medicine/Life Sciences products, services and solutions.

Henk has served in international senior management positions with multinationals such as, Denmark based Nordisk Gentofte (today Novo Nordisk) and Leo Pharma, Netherlands and US based Verkerke-Hallmark Inc and Italy based Ricordi-Bertelsmann. He is an Advisory Board Member for U.S. based bioelectronic and biologics innovation accelerator Cal-X Stars Business Accelerator Inc. and CEO & Co-Founder of Netherlands based Green Chi Group – a circular economy investment, education and media platform inspired by the UN SDG’s. Henk has also been active as founder and board member of charitable NGO’s, (disability) sports federations and trade organizations.